Paladin Energy to proceed with potential sale of Langer Heinrich mine 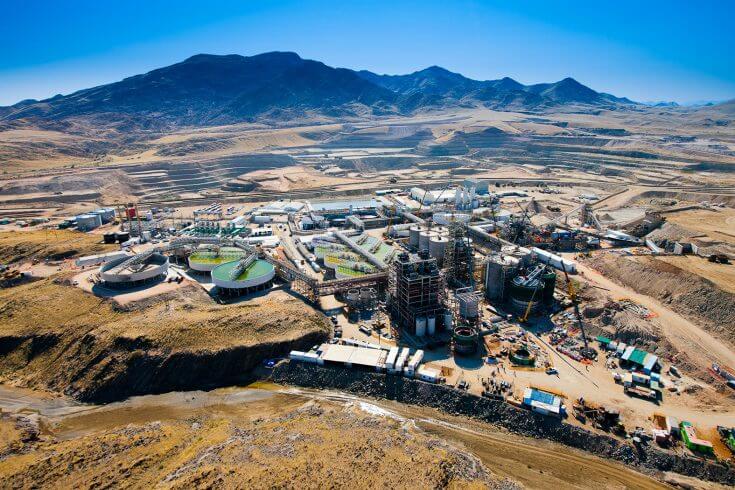 ASX and TSX-listed Paladin Energy has announced that CNNC Overseas Uranium Holding could be entitled to acquire Paladin Energy’s interest in the Langer Heinrich mine.

On 23 March 2017, Paladin Energy announced it had resolved to commence arbitration proceedings against China National Nuclear Corporation’s (CNNC’s) Overseas Uranium Holdings subsidiary, asserting that no ‚event of default‘ had occurred under the Langer Heinrich mine (LHM) shareholders‘ agreement.

At the same time, CNNC sought to progress the potential option via discussions with the company and also directly with its bondholders and their advisers. During these discussions various concessions were discussed that could benefit the company.

Furthermore, during this time, Paladin Energy progressed ideas for an alternative solvent restructuring proposal with its creditors.

Paladin Energy has now agreed that without any admission of the validity of CNNC’s claims and without prejudice to its rights under the LHM shareholders‘ agreement, it will allow an independent valuation process to move forward. The valuation is the first step in a process that may lead to CNNC acquiring Paladin’s 75% interest in LHM.

The company made the decision to allow the valuation process to move forward having consideration for the expected valuation range for its interest in LHM; stakeholders‘ attitude to a protracted and costly arbitration; and the possibility that subject to further engagement and support of key stakeholders, it may be able to propose an alternative solvent restructuring.

The valuation is to be performed by an independent international investment bank with uranium experience and is expected to take 5-6 weeks. Under the LHM shareholders‘ agreement, once the valuation is complete CNNC has 30 days to exercise the option.

An acquisition of Paladin Energy’s interest in LHM pursuant to the option would include the right to buy one or both of the company’s shareholder loan of approximately US$251 million at its full face value; and its equity in LHM. A 5% discount to fair market value would apply to the equity portion.

Paladin Energy retains the support of its stakeholders and is seeking to finalise an alternative restructuring proposal that can be put forward as a valid solvent restructuring to be implemented in the event CNNC acquires its stake in LHM.

It is intended that Paladin Energy’s shares will remain in suspension until it has resolved how it will progress any alternative restructure, including in circumstances where it no longer owns an interest in LHM.

This is expected to be announced before the results of the valuation.

(An aerial view of the Langer Heinrich Mine in the Namib Desert, Namibia)